My phone had become a bit sluggish, which I had blamed on iOS 11, but the story intrigued me. Geek Bench is not free, but at 1.09 Euro, it doesn’t break the bank.

I was shocked to find out that my phone performed even worse: it only got a Single-Core score of 1450 and a Multi-Core score of 2493! It might be worth noting that I had killed all apps before running the benchmark, but I had not restarted the phone for several days.

I had the suspicion that the increase of speed /u/TeckFire saw could be explained by the fact that the phone had been reset. So in the name of science, I made a backup, reset my phone and re-installed Geekbench. The scores did indeed improve noticeably to 1794 and 3133 but where still only about two-thirds of what the should be. 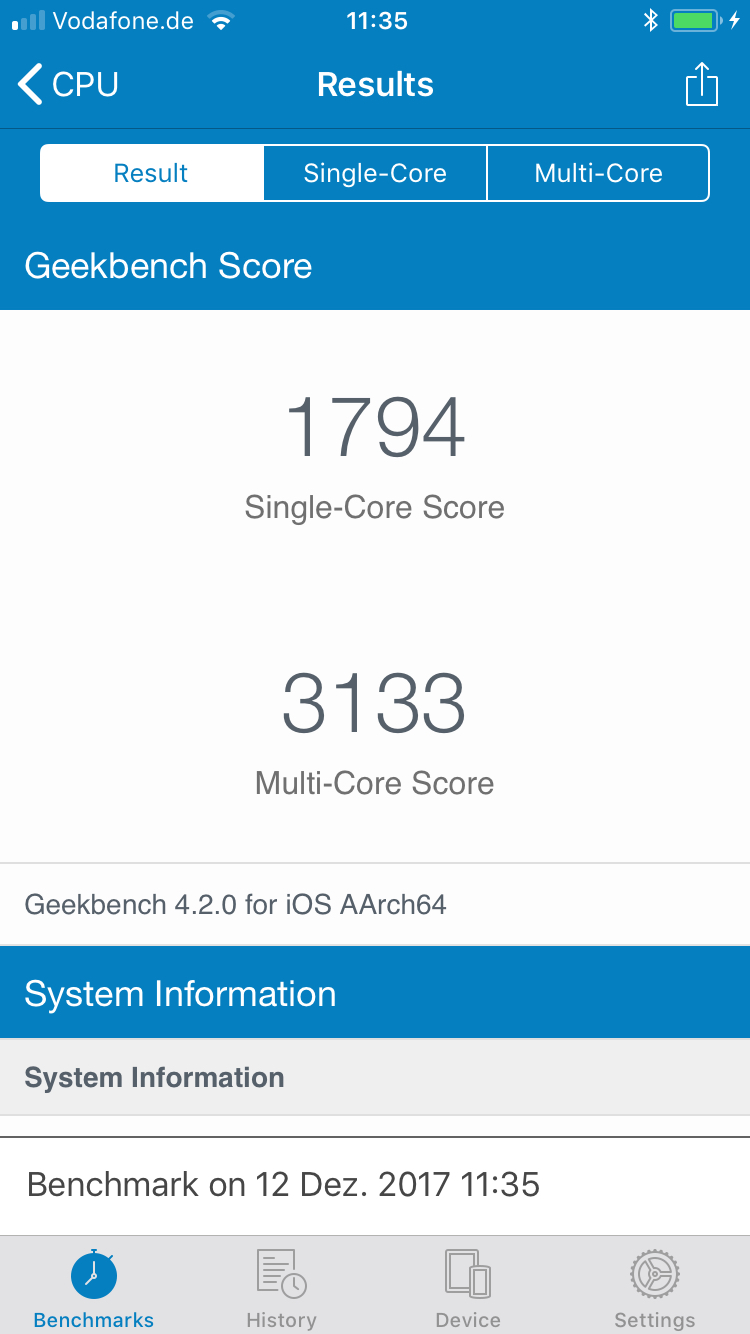 Now, my phone is covered under the iPhone 6s Program for Unexpected Shutdown Issues. I had experienced these issues, especially during cold weather, but it never bothered me enough to make the trip to the Apple Store and get the battery replaced. Now that I could kill two birds with one stone, I finally made an appointment.

The turn-around time for the battery exchange was quite quick: I dropped off my phone at the Apple Store around noon and picked it up later on the same day. As expected, I didn’t have to pay anything.

Here are the results after the battery had been exchanged: 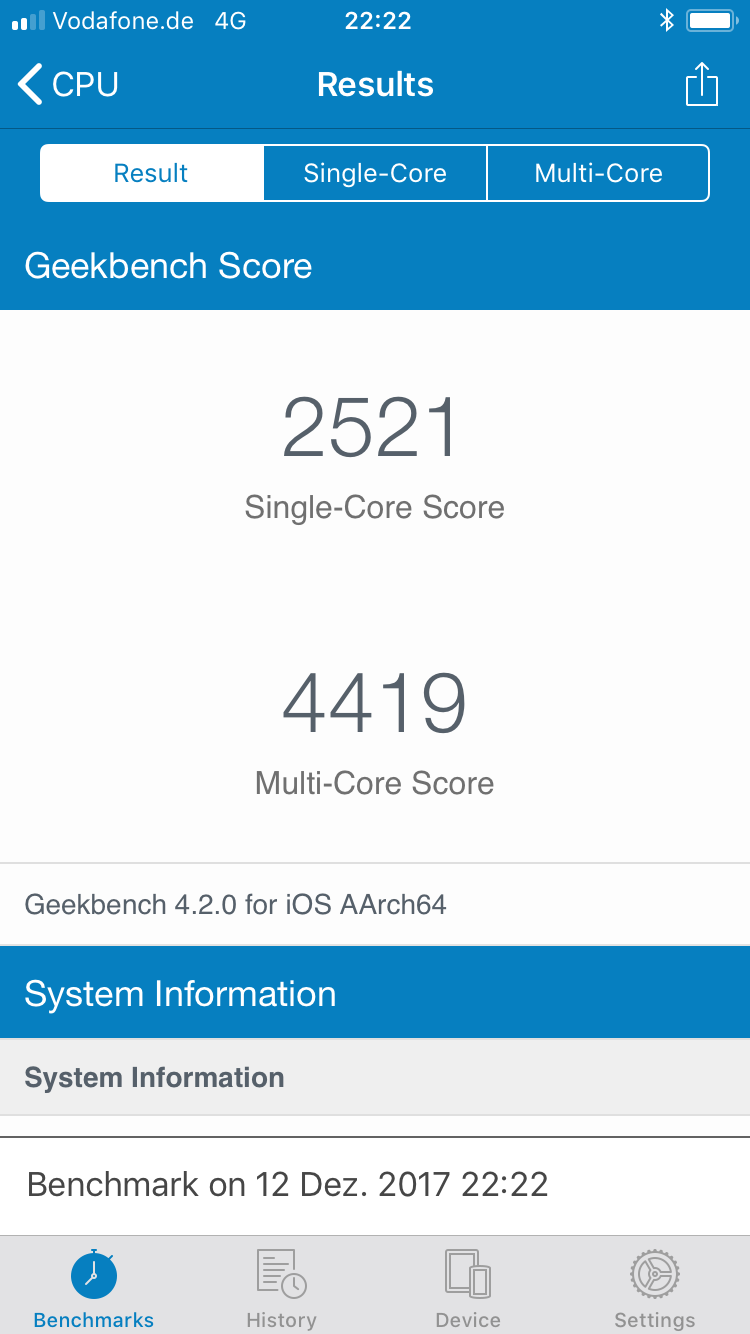 Even after I have restored the phone from the backup and used it for a few days, the Geekbench scores stay at this level.

During everyday use, the device does feel more responsive, but I don’t have any measurements besides the Geek Bench scores. Still, if you have an iPhone 6s that is covered under the iPhone 6s Program for Unexpected Shutdown Issues, it might be worth getting the battery replaced.